Corporate Culture and Parenting in the US

I had always wanted to be a young parent. I planned on having my first kid at 23 and my second one at 26. In my head I thought it would be the perfect age to have children as it would keep me “cool and hip” as my children grew older.

Then I got married at 23 and having a child while working on a career didn’t seem like the right time. So my next goal was by 26. By then however, I had come to realize how unsupportive the American corporate culture was of new moms. Maternity leave is basically nonexistent in this country.

The Guardian reported that in 2019, the US was at the bottom of a list that UNICEF had reported on for maternity leave across the world. It was the only country that offered absolutely no national paid leave. Making it one of the worst policies for rich countries in the world.

Having grown up in Sweden where the maternity leave is at 56 weeks in total, I was appalled by the fact that I was considered lucky if I even had 3 months of paid leave!

Instead, I decided to grow my photography business. This would give me the freedom to take time off when we had children versus having to go back to a corporate job right away.

Career or Children – does it have to be a choice?

By the time my husband and I turned 28, we had been married the longest in our friends group. And yet, we were the only ones without children or expecting children. At this point we had been married for 5 years, and the questions from friends and family of when we were having children were more frequent than not. The pressure to grow a family felt immense. It’s like there is an unwritten rule that once you get married you have to have children within a few years. However, according to a news article in Forbes from 2020, the average age of first time moms actually rose from 21 – 26 in 2020. More women decided to focus more time on their careers before growing a family.

When my husband and I looked at what we wanted out of life, we realized that even at 28 we still weren’t ready to commit to having kids. We decided there were still more traveling we wanted to do before we became parents and I still wanted to grow my business.

I was also living far away from my family (we lived in Minnesota at the time and my parents live in Sweden) and I couldn’t necessarily see myself raising kids without my parents close by. After 9 years in the US I felt it was only fair we’d move back to where I came from and to spend time with my family. Little did I know my husband would counter with an offer I couldn’t refuse – let’s move to San Diego!

Growing up in Sweden I watched a lot, like A LOT, of American television and movies. Most of which take place in California. Needless to say, living in California has always been on my bucket list. Now it may seem counterintuitive to move to CA, the complete opposite direction of Europe. However, I justified it as CA would be more of a vacation spot for when my family came to visit.

At 28 we sold our house, packed up our two cars and our dog and did two major road trips out to CA from MN to start a new chapter in our lives. It was the best decision we could’ve ever made. We’ve now lived here since fall of 2016 and it feels like home. While I still miss living close to my parents, San Diego is where my heart and my home is and it’s where I finally began to feel ready to have children and where I could envision them growing up.

The pressure of having children young in the US is pretty big. Especially if you marry young. I believe a lot of couples end up having children before they’re truly ready because “it’s what you do”. But the trend to wait to have children is constantly growing as shown by this article in the Parents magazine. More and more couples, and women in general, are finding time for themselves. It’s becoming more important to follow their dreams and fulfill their career goals first before having children.

My husband and I are now 33 and finally ready to call ourselves parents. I’m so happy we listened to ourselves and followed our own paths instead of feeling pressured into parenting too early on in our lives. Because if we had, I don’t think we would’ve been able to do all the things we’ve done or find ourselves living our very best life in San Diego. 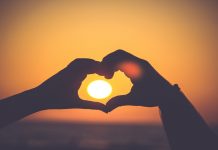 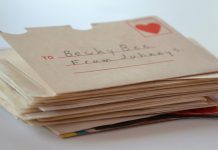 For The Love Of All – USA vs. UK Valentine’s Day 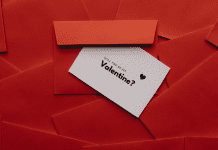 CassandraPadgett - May 24, 2022 0
Whether you are visiting Carlsbad or are a San Diego local, Carlsbad has a lot to offer during the summertime!  Here are five summer...