February is Black History Month, an annual observance originating in the United States, where it is also known as African American History Month. The theme this year is “Empowering A People: African Americans and the Right to Vote,” celebrating the centennial of the Nineteenth Amendment and highlighting the Women’s Suffrage Movement.

Books are a great way to help your children learn more about African American history. The following are some of our favorite children’s books for Black History Month (and any other time!). 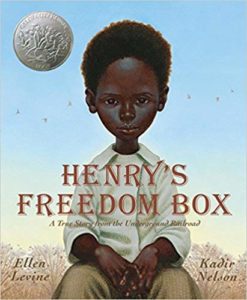 Henry’s Freedom Box: A True Story from the Underground Railroad

A stirring, dramatic story of a slave who mails himself to freedom by a Jane Addams Peace Award-winning author and a Coretta Scott King Award-winning artist.

Henry Brown doesn’t know how old he is. Nobody keeps records of slaves’ birthdays. All the time he dreams about freedom, but that dream seems farther away than ever when he is torn from his family and put to work in a warehouse. Henry grows up and marries, but he is again devastated when his family is sold at the slave market. Then one day, as he lifts a crate at the warehouse, he knows exactly what he must do: He will mail himself to the North. After an arduous journey in the crate, Henry finally has a birthday — his first day of freedom. 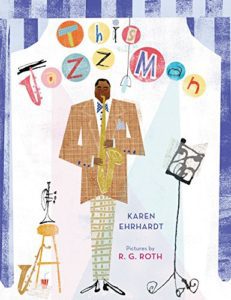 In this toe-tapping jazz tribute, the traditional “This Old Man” gets a swinging makeover, and some of the era’s best musicians take center stage. The tuneful text and vibrant illustrations bop, slide, and shimmy across the page as Satchmo plays one, Bojangles plays two . . . right on down the line to Charles Mingus, who plays nine, plucking strings that sound “divine.”

Easy on the ear and the eye, this playful introduction to nine jazz giants will teach children to count–and will give them every reason to get up and dance! 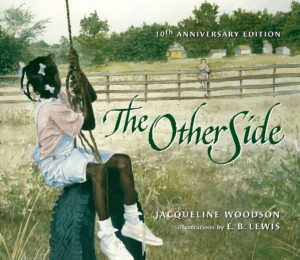 The Other Side
By: Jacqueline Woodson | Ages 5+

Clover’s mom says it isn’t safe to cross the fence that segregates their African-American side of town from the white side where Anna lives. But the two girls strike up a friendship, and get around the grown-ups’ rules by sitting on top of the fence together.

With the addition of a brand-new author’s note, this special edition celebrates the tenth anniversary of this classic book. As always, Woodson moves readers with her lyrical narrative, and E. B. Lewis’s amazing talent shines in his gorgeous watercolor illustrations. 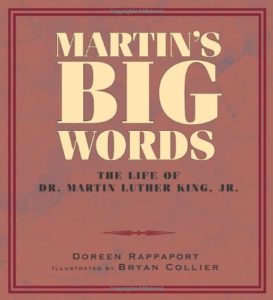 This picture-book biography is an excellent and accessible introduction for young readers to learn about one of the world’s most influential leaders, Dr. Martin Luther King, Jr. Doreen Rappaport weaves the immortal words of Dr. King into a captivating narrative to tell the story of his life. With stunning art by acclaimed illustrator Bryan Collier, Martin’s Big Words is an unforgettable portrait of a man whose dream changed America-and the world-forever. 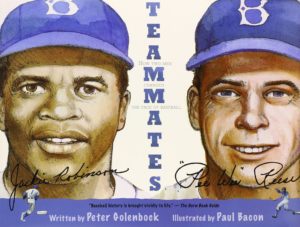 This is the moving story of how Jackie Robinson became the first black player on a Major League baseball team when he joined the Brooklyn Dodgers in the 1940s, and how on a fateful day in Cincinnati, Pee Wee Reese took a stand and declared Jackie his teammate. Illustrated with a blend of historic photographs and eloquent watercolors by Paul Bacon. 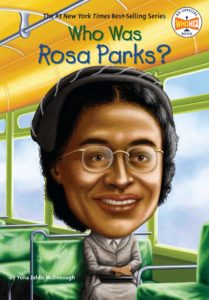 Who Was Rosa Parks?
By Yona Zeldis McDonough | 8+

In 1955, Rosa Parks refused to give her bus seat to a white passenger in Montgomery, Alabama. This seemingly small act triggered civil rights protests across America and earned Rosa Parks the title “Mother of the Civil Rights Movement.” This biography has black-and-white illustrations throughout. 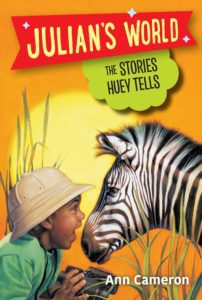 If you loved The Stories Julian Tells, just wait until you meet his younger brother, Huey! This beloved and bestselling chapter book series is all about family, imagination, and friendship!

It isn’t easy being Julian’s younger brother. When Huey has bad dreams, Julian says his are scarier. When Huey wants to study animal tracks, Julian says he’s too young. But Huey isn’t a baby. He’s an adventurer, a chef, a tracker, and a scout. And he’s about to show Julian—and the world—all that he can do. 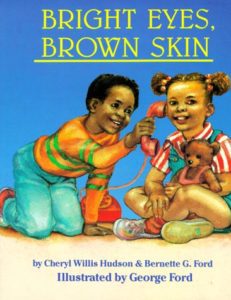 This classic title is a staple in preschool and early childhood programs. Four African American children interact with one another in a preschool environment, exploring their facial features, skin tones, what they wear, what they do, and how they learn from and enjoy each other. 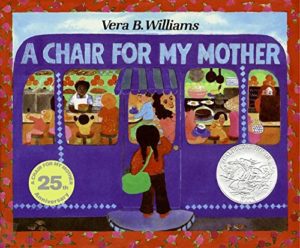 This classic and award-winning picture book was written and illustrated by the celebrated Vera B. Williams and was named a Caldecott Honor Book by the American Library Association. “A tender knockout . . . it’s rare to find much vitality, spontaneity, and depth of feeling in such a simple, young book.”—Kirkus Reviews

After their home is destroyed by a fire, Rosa, her mother, and grandmother save their coins to buy a really comfortable chair for all to enjoy. A Chair for My Mother has sold more than a million copies and is an ideal choice for reading and sharing at home and in the classroom. “A superbly conceived picture book expressing the joyful spirit of a loving family.”—The Horn Book

Disclaimer – Some of the links in this post are affiliate links, meaning at no additional cost to you, the San Diego Moms Blog will earn a commission if you click through and make a purchase. 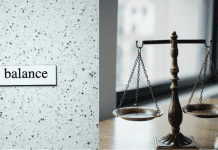 Moms Try This As Your Starting Point To Bring More Balance To Life! 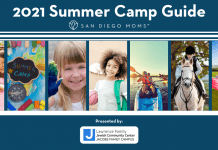 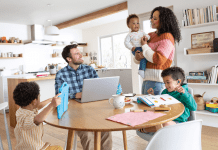 Struggling with a Slow Wi-Fi Connection? Read This [SPONSORED]

nikijones - March 5, 2021 1
Whether you want it to be or not, Summer is right around the corner! It’s time to start planning ahead for your kiddos and...

A Birthday for the Books at Plunge San Diego