I always imagined raising my daughter to be a principled feminist. She would be unafraid of the world and free of the unconscious bias against her own gender that many women my age (37) have had to internally fight. Us eighties and nineties kids may have grown up being told “girls can do anything,” but the role models we were offered were primarily men.

My daughter was going to be socialized differently. She wouldn’t just be told she could be anything she wanted, she would see it. Our household would celebrate women politicians, doctors, scientists, and women making the world a better place. A preponderance of female leaders and trailblazers would be her normal. 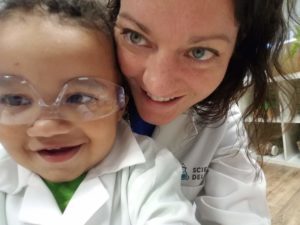 I had two boys instead. And I hadn’t thought deeply about it pre-kids, but I realized it’s not enough for girls to believe they can do anything and for girls to see women in positions of power. If we want real change for our girls, boys have to believe, truly believe, that girls can do anything too. After all, our boys will be the employees, bosses, co-workers, partners, and friends of our girls. Boys and men need to support, not hinder, girls and women. 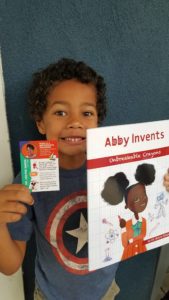 So thus began the relatively easy task of showing, not telling, my boys that girls can do anything. We buy plenty of books marketed to boys, with trucks, and blue, and boy characters. But one of my two-year-old’s recent nightly staples is “Abby Invents Unbreakable Crayons,” a book that stars a young girl named Abby who is on a path to invention. Abby’s fictional teacher and her inventor-mentor are females as well. My five-year-old also loves Abby Invents and recently he’s rediscovered “Cece Loves Science,” another book centered on a girl doing science.

We read “Amelia Who Could Fly” about Amelia Earhart and “The Watcher” about Jane Goodall. We watch video clips of Dr. Arlyne Simon, the biochemical engineer who wrote Abby Invents. Books featuring girls and women are presented with no fanfare. Although we don’t shy away from hard conversations with our children (the older one at least), we prefer to show, not tell, that “girls can do anything.” Our boys, for the most part (but see the next paragraph), don’t need to be told girls can do anything because that value has been ingrained in them from the start. They are growing up seeing women doing all sorts of work in the real world too. Mommy is a scientist turned science educator and they have aunts and female role models who are doctors, graphic designers, physical therapists, full-time moms, and more.

I don’t want to act like my sons are totally immune to societal gender conditioning. Despite a progressive San Diego preschool that allows them to dress up in dresses and fairy costumes, I have heard “I don’t like pink and purple” and “boys don’t like beautiful things,” among other questionable comments. But I do think our family provides enough counterexamples to the gendered messaging they get elsewhere that they will grow up to respect and expect women in leadership roles.

This is a principle I’ve taken with me to work. I founded and run a local science education nonprofit and we’ve recently introduced STEM Trading Cards which feature diverse leaders in STEM fields. We included women and men on the cards for many reasons, the main one being we wanted a diverse array of role models so every child would find someone who resonated with them. But we also want the parents of boys to buy our cards, and parents of boys are less likely to purchase products featuring all-women or all-girls. Initiatives to introduce female role models explicitly aimed at girls and boys are a complement to the many wonderful efforts out there to provide female role models to girls.

It’s important for all children to have role models that share aspects of their identity, and it’s also important for children to have role models who are different from them. In this way, children can understand that there is space for everyone in leadership roles and in different career paths. As we prepare our children for the working world, all of us moms and parents should make a deliberate effort not only to give kids skillsets they need to succeed, but also to give them empathy and desire to support and respect all the people they will meet upon their path. 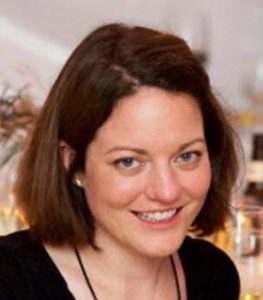 Dr. Olivia J. Mullins is Founder and Executive Director of Science Delivered, a San Diego based science education nonprofit that focuses on K-5 education and educational equity. She manages all of Science Delivered’s direct programming and projects, including the recent STEM Trading Card initiative. Prior to her role as a science educator, Olivia was in research and received her PhD in Neuroscience from the University of Virginia in 2012.

Olivia lives in Normal Heights with her husband and two energetic boys, ages five and two. 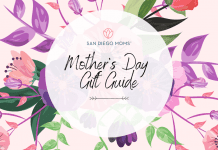 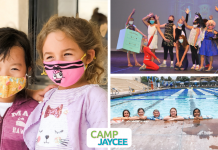 What’s In My Bag: My Must-Have Zoo Guide

Jennifer Hamburg - April 21, 2021 0
A trip to the San Diego Zoo or San Diego Zoo Safari Park with little ones can be overwhelming. I do my best to...

When Your Kid is a Runner: San Diego’s Top 7 Contained...

The 2021 Virtual San Diego Cake Show is back!