This past holiday season, my family and I  went through the usual hustle and bustle of parties, late nights wrapping presents while watching Christmas movies, and all of the dreaded post-holiday cleanup. While we were in holiday purgatory (that weird period between Christmas and the New Year) we decided to make use of all of the fun games that my 3 daughters received for Christmas. I admit that at 33 weeks pregnant with daughter #4, and completely exhausted from hosting this year’s Christmas party, I wanted nothing more than to cram all the toys and games into the closet and send the kids to stare at screens until bedtime.

We still had family in town and we spent most days at the grandparents’ house. We decided to bring a few of their games over to play and had such a fun time. I’m so glad we were able to play some games, have fun and spend time as a family instead of everyone being glued to their devices. These are some of the family favorite games:

The Resistance: This may be our favorite game! Players are given cards and are either assigned to be a spy or part of the resistance. The plot is simple. The resistance wants missions to succeed while spies sabotage the game and want the mission to fail. This game will have you questioning every single person’s motives and makes for a ton of fun and laughs.

Watch Ya Mouth: Another funny game that will have everyone in tears from laughter. Players have to say phrases like”Going to Maine by plane or train?” while wearing a plastic mouth piece that makes it virtually impossible to pronounce letters like M’s P’s or F’s. Grab a tissue, drooling may occur and don’t forget to wash and sanitize mouth pieces after!

Googly Eyes: Players roll the dice and move along a board game. Once the player lands on a colored space, they wear coordinating lenses in “googly eye glasses” and must draw a picture while having their vision impaired. Frustrating to draw, but funny to watch!

Heads Up: Ok, so this one does require an electronic device, but can easily be downloaded to an iPad or iPhone. Featured on The Ellen Degeneres show, players hold up their iPhone with a clue on it. Other players try to describe the clue without using the word. Great game for a big crowd.

After the stress of the holidays were over, it was so nice to get together with family and continue to make more memories. After all, it’s times like these that our children will remember years from now. They won’t even think about how fast our house got cleaned up after a Christmas party, instead they’ll think of how there were so many presents that we couldn’t even see the floor from all the ripped up wrapping paper or how hard we laughed while playing Watch Ya Mouth. I’m glad that we realized that and will continue to keep the tradition for the rest of the years to come.

I definitely want to make this a weekly game night with friends and family, so I’d love some suggestions. What are some games you like to play as a family? Let me know! 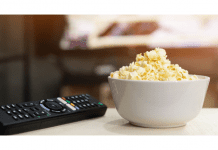 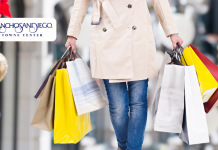