When I was young, I used to believe I wouldn’t be able to have children. The fear sat inside me, but I didn’t take chances. To my surprise, I never had issues getting pregnant; my pregnancies were healthy and easy, (except for my horrendous first birth story- that’s a blog for another day!) yet I never forgot that feeling…

One of my friends had just delivered triplets! We discussed what “gestational carrier” meant (not my egg). She told me about going through an agency, matching with intended parents. I would have a lawyer and a legal contract which would protect the parents, and my family. I learned about the medical process and the compensation plan. I talked it over with my husband and got the green light! 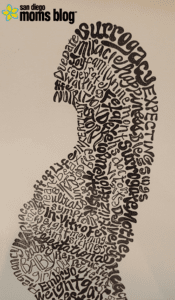 at first, attempting to be a surrogate wasn’t as easy as I’d hoped. I signed up with an agency and was matched quickly. I was sent the profile of a single father in Australia to review, and had a great conversation.

-He decided to go with another surrogate.-

How do you prepare for that phone call? It’s a cross between a blind date and a job interview! The staff coordinated another call with a couple of intended fathers from the US and it was a match!!

Then the real fun began! After losing 15 lbs, I learned my BMI was too high (most clinics want you under 30). I diligently worked on my weight loss. In two months, I was ready and passed my “med clearance” with an IVF (In-Vitro Fertilization) Dr., ultrasounds, records from my OB, and a psychological evaluation.

I was given instructions for the medications, including the injections. I scheduled multiple appointments with the clinic, for blood work, to ensure my hormone levels and lining of my uterus was thick enough to make the embryo “stick”. The dad’s were using a donor they had twin girls from. Egg donors are most fertile in their early 20’s, this one was 30. Being that they already had girls, they wanted a boy. This donor only produced one boy.

After two single embryo transfers had failed, we terminated contract. I was left with so many emotions. Both transfers started with a low positive hormone level. It was as if my body wanted to be pregnant but for whatever reason the embryos didn’t hold on. It was heart breaking. I had never experienced problems with conceiving before; it was hard not to blame myself. IVF is not guaranteed to work. Doctors said I was fine and it wasn’t anything I had done wrong.

A few months later, I was matched with an amazing set of dads from Europe. They were so kind and positive. I remember sitting in our first, in person meeting, and the clinic staff asked what they were looking for in a donor. They said they wanted her to be healthy, have grandparents that were still alive. The staff looked over and said, “Oh… what about looks? Hair/eye color?”. That didn’t matter. Just healthy. They didn’t care about the sex and they refused genetic testing on the embryos. I was thrilled!! I had found a couple who was allowing the process to be as natural as it can be. Since I believe everything happens for a reason, I transferred two embryos and became pregnant on the first try!

I was excited to carry twins!

Who didn’t play M.A.S.H. as a child and wish for twins?!? Many women are able to carry to full term and since my previous pregnancies had all gone past my due date, I was confident.

However, twins, can also be difficult on the body. I spent time on bed rest, and the last few weeks in the hospital. I wasn’t ever sick, so I was able to relax and remain optimistic. All that mattered was safe and healthy babies. I kept a positive outlook throughout my pregnancy and my IF’s (intended fathers) were always so amazing and understanding. I had an awesome support group. I had made the most wonderful friends with other surrogates who were going through the same things I was going through. Despite the challenges, it was easy!!

The night the Dr told me he had to deliver the twins, It broke my heart to call the dads. I was 13 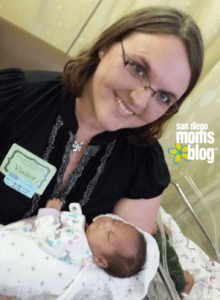 weeks early and it was the only time, I had ever heard their confidence waiver. They asked if the Dr. thought the babies would survive. They did have a great chance, but I didn’t know what to expect. On the operating table, I asked the nurse if they would cry. Then they came out, one after the other, screaming their tiny 2lbs 3oz/2lbs 4oz, little heads off. I was reassured. 3 months in the NICU, they were finally able to go home. I cried my eyes out, as we drove away.

What people don’t understand about surrogates, is that we suffer in silence. Not in a bad way, but we are carrying this amazing gift for someone else; we don’t ever want to let them down. There’s nothing inappropriate or crazy about it. We take hormones and carry these babies until we deliver them. Our body’s natural instinct is to care for them. The twins are loved very much, in our home. I am blessed that my IF’s were amazing and that they continue to be as wonderful to me after their birth, as they were during my pregnancy.

Surrogacy was the most amazing experience I have ever had. I have also gained some of the most genuine, fantastic women who are my “surro sisters” and some of my dearest friends. And someday, my family and I will get to go to Europe and visit our other family. 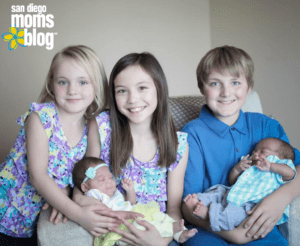 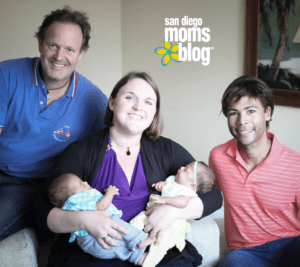 Prenatal Anxiety and Depression: The Importance of Identifying Issues Early and Tackling Them Head-On

The Top 3 Benefits of Seeing a Chiropractor During Pregnancy