It was early December 2017 when I fell asleep while driving home after working the graveyard shift. My car veered off the road, rolled over twice and landed upright, leaving me an unconscious and bloody mess until I was found by strangers who called for help. After waking from surgery to repair my left arm which suffered most of the damage, a nurse said something very eye-opening to me, which was “God has a way of slowing us down sometimes and it sounds like it’s time for you to slow down”. This accident was the ending to a brutally busy year which had my family and I on the go at least six days a week, every week. I was coping with sleep deprivation and running on coffee and prayer to get by, and always disregarding what my body and mind desperately needed, which was rest.

For most moms, we survive daily on caffeine and convince ourselves we’re invincible because that’s how our kids see us. Our days comprise of  the daily, non-stop grind and being everything to everyone including our spouses or significant others, all while trying to maintain or resurrect a social life, look good and raise small humans. All of this results in burnout which is a real thing and in turn robs us of the joys of motherhood.

Fast forward to 2020 and six kids later and I have since learned to say “no” to many things in order to maintain my sanity. After my accident, my husband and I decided to withdraw our littles from extracurricular activities for the time being. Instead, we as a family support our oldest, who is currently a senior, in his sports and school events until he graduates. Once he is done with high school we will then slowly usher our younger kids back into their activities.

We also simplified our schedules, which meant stepping down in the many areas we were involved in. I no longer drive if I’m feeling tired and I’ve also learned to move self care a little higher up on the priority list at least once a month. I can’t begin to tell you how freeing these changes have been, how much more peace I’ve had and how much of a difference it’s made in our home simply by learning to say no to some things instead of saying yes to everything.

Saying “no” looks different for everyone, but we all have to take a step back and self evaluate from time to time. Your “no” can sometimes be as simple as slightly adjusting your week or as extreme as unloading a full schedule. It just depends on what works best for you and your family. Kids don’t expect us to be perfect. They just need us to be whole and available. If we don’t take care of ourselves we can’t take care of those we love. Motherhood really is a quick season so just know it’s okay to say no from time to time. I’m sure thankful I have learned too. 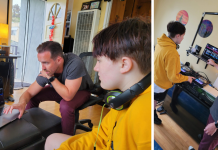 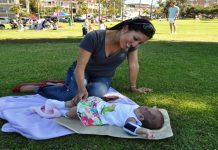 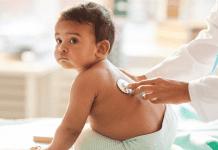 A Star is Born: New Golden Takin Kid at the San...

Jennifer Hamburg - June 7, 2021 0
A Golden Baby for a Golden Species Every animal born at the San Diego Zoo is important. But one of the zoo’s newest residents is...