It’s the season for coughing…  from persistent, dry coughs to those coughs that sound like the sea lions barking at Sea World. Here’s what you need to know about children and coughs and, most importantly, when to seek medical attention.

What causes a cough?

The Common Cold: Colds are viral illnesses that cause mucous production in the upper airway. The cough occurs from post nasal drip of the mucous. They last about 10 days but the cough may linger beyond that.

Viral cough: This is similar to a cold but the lower airway is infected by the virus. This means patients will not have the typical runny nose or congestion that occurs with a cold. Again, this cough can last for weeks.

Influenza: The flu is a severe viral infection that causes fever, body aches, fatigue, headache, sore throat and cough. There is usually less mucous production in the upper airway with the flu compared to a cold. Also, the fever is usually higher compared to the common cold.

Pneumonia: This is probably what parents worry about the most. Pneumonia is not usually present at the start of a cough or cold as it is frequently a secondary infection to the cold virus. This is because the sticky environment that the cold virus creates is a perfect home for bacteria. The infection, and the pus it creates, fills the air sacks, making it hard to breathe and causing a high fever. Pneumonia is also caused by viruses so not all pneumonia infections require antibiotics. Furthermore, older kids and teens can get walking pneumonia which is caused by the bacteria Mycoplasma.

Bronchiolitis: Caused by RSV, bronchiolitis is an infection of the bronchioles, or small tubes in the lungs. The extreme amount of mucous production plugs the airway causing cough, distress with breathing and sometimes wheezing. RSV is more severe for young babies so please take your child to the doctor right away if you suspect it.

Croup: Croup is a viral illness that causes swelling in the upper airway. The cough is described as barky and some children will make a sound when breathing in known as stridor. Placing the child in a steamy bathroom or going out into the cool night air can calm a croupy cough.

Sinusitis: The diagnosis of sinusitis is made after a cold and cough have been present for at least 10-14 days. The diagnosis is not made for a child that has a dry lingering cough that is gradually getting better, which is the typical pattern. The diagnosis should be made in the setting of continued congestion, worsening symptoms after two weeks, headache or face pain, and possibly new onset of fever.

Whooping cough: This dangerous vaccine-preventable infection that is caused by the bacteria Bordatella pertussis. The infection starts with mild cold symptoms but eventually progresses to a severe spasmodic cough. Young babies and children will create the classic whoop sound when breathing in following a coughing fit but older children may not. Furthermore, babies may stop breathing all together. Older children will cough so hard that they will throw up following the coughing fit. Unfortunately, whooping cough can be fatal at worst and cause three months of cough at best, so make sure your whole family is up to date on their whooping cough vaccines.

Bronchitis: Bronchitis is inflammation in the bronchus, or large tubes, of the lower airway. While it is a common diagnosis in adults, especially smokers, it is not common in young children. The symptoms typically overlap with either a cold or asthma. The most common cause of bronchitis is a viral infection so antibiotics are not indicated unless there is a secondary pneumonia that has developed.

Asthma: While asthma is not an infection and is going to require its own post, the most common trigger for asthma is a cold. If you think your child is wheezing during their illness, it is best to see your CPCMG pediatrician. Some chronic coughs may actually be cough-variant asthma even in the absence of wheezing so this is something your doctor may consider if your child has a chronic cough lasting more than four weeks.

How should you treat a cough?

If your doctor has prescribed antibiotics for pneumonia, a sinus infection or whooping cough, make sure your child takes the entire course of medication as prescribed. Since most causes of coughs are viral, there isn’t anything we can give to make it go away any faster and antibiotics are not appropriate. But there are things you can do to comfort your child and ease their symptoms:

If you have any concerns, take your child to see your CPCMG pediatrician who will perform a careful history and physical exam to diagnose your child and get them on the road to recovery.

This post is sponsored by CPCMG, but as always, the thoughts expressed are 100% my own. 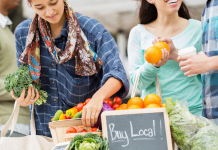 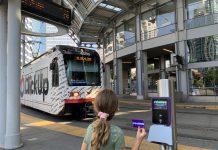