A few months ago I wrote this blog post about why I wanted to venture out into the world of reusable period products, and/or better-for-me period products. Since then, I have plunged into the menstrual cup world.

After much research and many video reviews, articles and word of mouth, I settled on the Lunette cup. This cup comes in several different colors and two different sizes, light flow and medium-heavy flow. Their website is quite comprehensive with an anatomy page, information on finding your cervix, and much more on periods and flow.

I was quite comfortable shelling out the $40 bucks on Amazon for this cup and had a look of near-glee on my face when I loaded it into my cart.  A few days later I had that little cup in my hands.

The first day of my period couldn’t come fast enough (didn’t think I’d ever say that),  because it was the first day of my new menstrual cup journey. I was pretty certain the night before that I would have my period the next day. I prepared myself mentally for having to insert a medical grade silicone cup, up my hooha.

I read the little pamphlet included. Boiled the cup for 20 minutes. Then I sat and watch endless YouTube videos on how to insert.

I was so nervous, why? Well as I explained previously, I have been a pad/tampon girl my entire life. t attempt, I used the c-cup fold. Which consists of folding the cup, collapsing it flat and then in half.

It didn’t actually work for me. The cup was a bit stiff and every time I tried to insert it, it unraveled.
Second try… Nope!
Third try, kind of worked but not really.

For my fourth attempt, I finally decided to try the punch-down fold. Or at least that is what I thought at the time.

Little did I know that even after checking the seal and being confident that it was in place, it was not. I leaked through during my walk with the dogs. I know what you are thinking — why did I leave the house?

That first day was such a mental and physical challenge for me. I had to re-insert the cup about 10 times trying to figure out why the stem was so low and why I kept leaking. By the end of the day, I had all but given up and was certain that I had some kind of weird cervix that didn’t fit inside this cup.

I decided to give my lady parts a rest overnight and the next day I woke up with newfound determination to make it work.

This first month was really frustrating because I kept having to re-insert and reposition the cup, and failing every single time. For the next two months I experienced something similar. Half the time failing, and the other half having some success.

I don’t know why I thought this would be easy. I mean, every video I saw made it seem like it was a cinch. But it wasn’t. At least not for me.

I learned that my cervix is too low on my first day and even after cutting off the entire stem of the cup, it still sits too low and can be uncomfortable. I learned that when I felt extreme cramping it was because the cup was pressing against my cervix. I learned a lot about myself and my anatomy.

What is my takeaway after using this product?

Second, I learned a lot about my body. So much I didn’t actually know, honestly, it’s a bit embarrassing.

Third, when using any cup, do so while you don’t have to run around outside. I decided that going to a BBQ with said cup was not the best idea.

Fourth, have a backup period product while using and learning to use any cup.

Overall, I would say that I’m not ready to throw in the towel on this cup, next month I plan on giving it another try. Why? Because I really want to give it a fair chance. I’m not giving up just yet. I’m still searching for the right products for me.

If you have any advice or any recommendations on cups, alternative period products or encouraging words, please comment below! 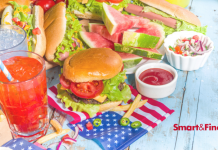 Dear Son, A Letter for You on Graduation Day 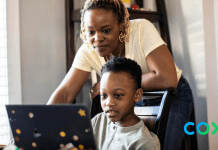 Cox Communications is Committed to Keeping You Connected (Sponsored)